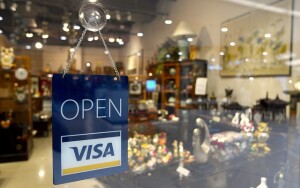 When I was a kid growing up in New Orleans in the 1950s, our basic needs were all cared for within a few blocks of our Uptown home. Langenstein’s and Saladino’s grocery stores were within five blocks, and our mothers did their shopping there. Wilson’s Drug Store, Harry’s Hardware, Fonaris’ Esso Station, and Herwig’s Bicycle Shop rounded out just about everything we needed in our lives, and none were more than a few blocks away.

My parents had a house account at each one, and we didn’t even need to sign the sales receipt for our bicycle repair at Herwig’s… our parents received a statement in the mail at the end of the month. And it was expected to be paid, in full, by the end of the following month, and pay my parents did. In theory, the American consumer was paid up in full by the end of each month, and almost no one carried a balance on their 30-day open accounts.

My, how we the Baby Boomers, and the generations that have come after us, have changed the credit landscape. Today, taken together with the mortgage balances carried by most American households, consumer debt has reached an all-time high according to the Federal Reserve Bank of New York, which compiles consumer debt statistics on a quarterly basis. While many publications, including our friends at Builder magazine, have reported on this record of $12.84 trillion in outstanding consumer debt, it’s interesting to note that $4.11 trillion of that debt is related to autos, student, home equity lines of credit (HELOCs), and credit card loans. That is a long way from the balances our parents carried in the years after World War II, a mindset that marked their Depression-era frugality.

But it is the credit card balances of $770 billion that are hard to comprehend, which represents almost $20,000 in debt for every man, woman, and child. Remember, HELOCs and auto loans are secured by the home or the car, and even in the case of student loans, the government has a right of offset against tax refunds if those loans carry a federal guarantee. Credit cards balances are completely unsecured.

The history of the modern credit card is a recent one, when we consider that credit has been part of commerce for more than 5,000 years. The Diner’s Club card was the first to issue in 1950, and replaced house accounts in many fine dining restaurants. By 1958, Bank of America ventured out with its own credit card in California, and then rolled the card out nationally in 1966 to become the nation’s first licensed general-purpose credit card. It would be renamed Visa a decade later to acknowledge its growing international presence. Also in 1966, a group of California banks formed the Interbank Card Association, which would soon issue the nation’s second major bank card, MasterCard.

But in 1959, American Express offered their own card, after a 100-year history of providing money orders and traveler’s checks. They overtook Diner’s Club, but both were soon surpassed by the Visa and MasterCard behemoths that had the participation of almost every bank in the country.

Leverage of any type, including high credit card and HELOC balances, can push a producer to the edge when times get tough. In the Great Recession, the producers we worked with that were in the most distress inevitably had large loan balances of all types, compared to their unleveraged counterparts who had an easier time. Leverage of any type is a death knell when recessions occur.

My parents may have had an auto loan, and a mortgage on the house I grew up in. If they were with us today, they would shake their heads in disbelief that America carries so much credit card debt. Consumers would do well to curb their appetites for large credit card balances.

Pierre G. Villere has been a contributing editor for The Concrete Producer for over a decade, and serves as the President and Senior Managing Partner of Allen-Villere Partners, an investment banking firm with a national practice in the construction materials industry. He has a career spanning more than four decades, and volunteers his time to educating the industry through his regular articles and presentations. Contact Pierre via email.